Home / News / What are the characteristics of R-22 refrigerant?

What are the characteristics of R-22 refrigerant?

Freon is a widely used refrigerant at present. It is th […]

Freon is a widely used refrigerant at present. It is the general term for saturated hydrocarbons. It is characterized by slight toxicity, odorless, non-combustible, no explosion hazard, good chemical stability, does not react with water, and has no corrosive effect on metals. . There are many types of Freon. In order to avoid the trouble of writing its molecular formula and to facilitate memory, people have developed a set of simplified codes to represent various Freon refrigerants, such as R12, R22, R502, etc. Let's take R22 (CHLF2) as an example to introduce its characteristics. Other refrigerants are similar.

R22 is not easy to burn and not easy to explode. When R22 comes into contact with an open flame, it will decompose a toxic gas called (CoCl2). Therefore, when repairing the open flame of the refrigeration compressor, the refrigeration system should be fully ventilated (blowing), and the environment should be ventilated during operation. R22 is used in steel and copper. The container can work at a temperature of 135～150℃ for a long time, Car Refrigerant charging pipe and it will gradually decompose when the temperature exceeds the temperature. It interacts with 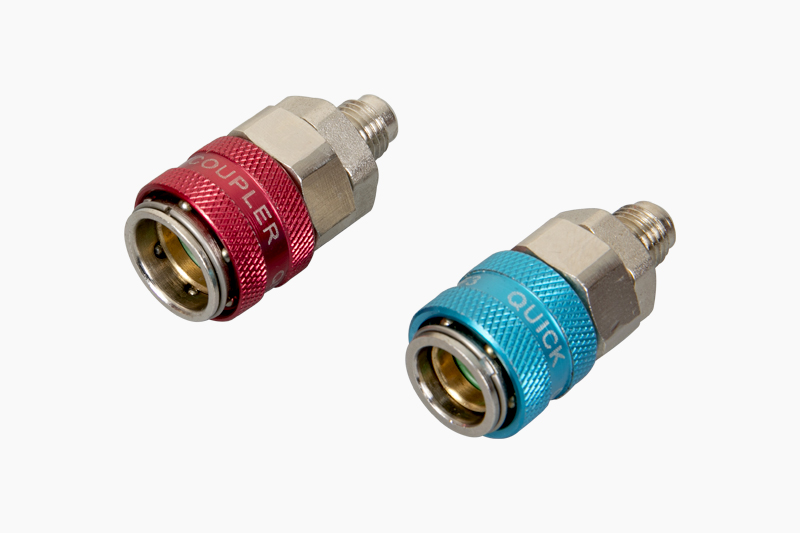 refrigerating oil, in addition to acid and water, frees the carbon in the oil to form carbon deposits, and in the case of coexistence with iron, it will decompose when the temperature rises to 550°C.

The standard boiling point of R22 is -40.8℃. R22 is a medium-temperature refrigerant. When water is used as a cooling medium, its condensing pressure should generally not exceed 1.53MPa; when cooled by air, its condensing pressure should generally not exceed 2. 16MPa (except for tropical air conditioners). The solubility of water in R22 is more than 10 times greater than that in R12, and the lower the temperature, the higher the proportion of water content. Therefore, the water content in R22 is required to not exceed 40-60mg/L (parts per million). R22 dissolves slightly with lubricating oil, dissolves in the compressor pump casing and condenser, and separates in the evaporator, and its solubility changes with the change of temperature.

R22 has strong permeability and is easier to leak than R12, so its tightness requirements are higher, and the unit volume refrigeration capacity is about 40% larger than R12. R22 has good electrical properties and excellent insulation properties, but the dielectric constant in the liquid phase is high, and the insulation resistance is low; the high dielectric constant means that the tendency of the insulation resistance to decrease due to trace impurities increases, just like the mixture of lubricating oil, The insulation strength will decrease sharply. Therefore, when using Scope 2 in a closed system, special attention should be paid to impurities in the electrical insulation material factory.