Home / News / Which type of refrigerant is generally used for household air conditioners?

Which type of refrigerant is generally used for household air conditioners?

At present, due to global warming, people use ai […] 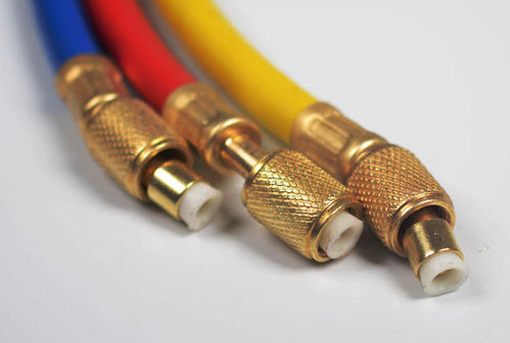 R22 characteristics: It is a colorless, almost odorless gas at room temperature, non-combustible, non-explosive, non-corrosive, slightly more toxic than R12, but still a safe refrigerant, safety classification A1; pressurized can be liquefied into colorless Transparent liquid. R22 has high chemical and thermal stability, especially in the absence of water, it does not react with general metals below 200°C. In the presence of water, it only works slowly with alkali. However, cracking occurs at high temperatures. R22 is a low-temperature refrigerant, which can obtain a cooling temperature of -80°C.

R410a characteristics: The new R410a refrigerant is composed of two quasi-azeotropic mixtures R32 and R125 each with 50%, mainly composed of hydrogen, fluorine and carbon elements (expressed as hfc), which is stable, non-toxic, and superior in performance. At the same time, because it does not contain chlorine, it will not react with ozone, that is, it will not destroy the ozone layer. In addition, the performance of air conditioners using new refrigerants will also be improved. R410A is the most suitable refrigerant to replace R22, which is recognized internationally so far, and it has been popularized in Europe, America, Japan and other countries. R410A replaces the global trends in major international markets and prospects for its use and the dynamics of entering the international market.

0
PREV: Can R22 refrigerant and R123 refrigerant be used interchangeably?      NEXT: What is air conditioning refrigerating oil? what's the effect
contact us